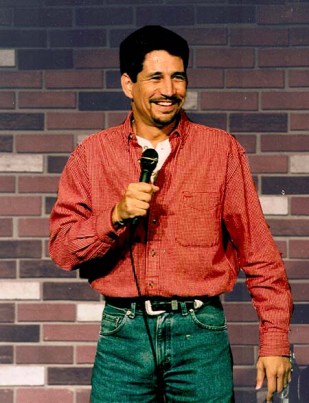 Steve Caminiti came onstage at the tail end of d.w. eye’s brief lifespan but that didn’t stop him from becoming a major force in comedy.  Hugely popular in Cincinnati, Steve was recently named Top Comedian by Cincinnati CityBeat Magazine.  Steve hosted FOX Sports Ohio’s Beer Money and he continues to tour nationally. Constantly.  Like – all the time.

Of all the eye comics, none may be more “of Cincinnati” than Steve.  While most of the eye comics moved on to different states and/or commercial endeavors, Steve kept pounding it out – night after night – right here in the Queen City.

Steve will be appearing in the d.w. eye Reunion Show Friday June 23 at the 20th Century Theater in Cincinnati.

View all posts by ab